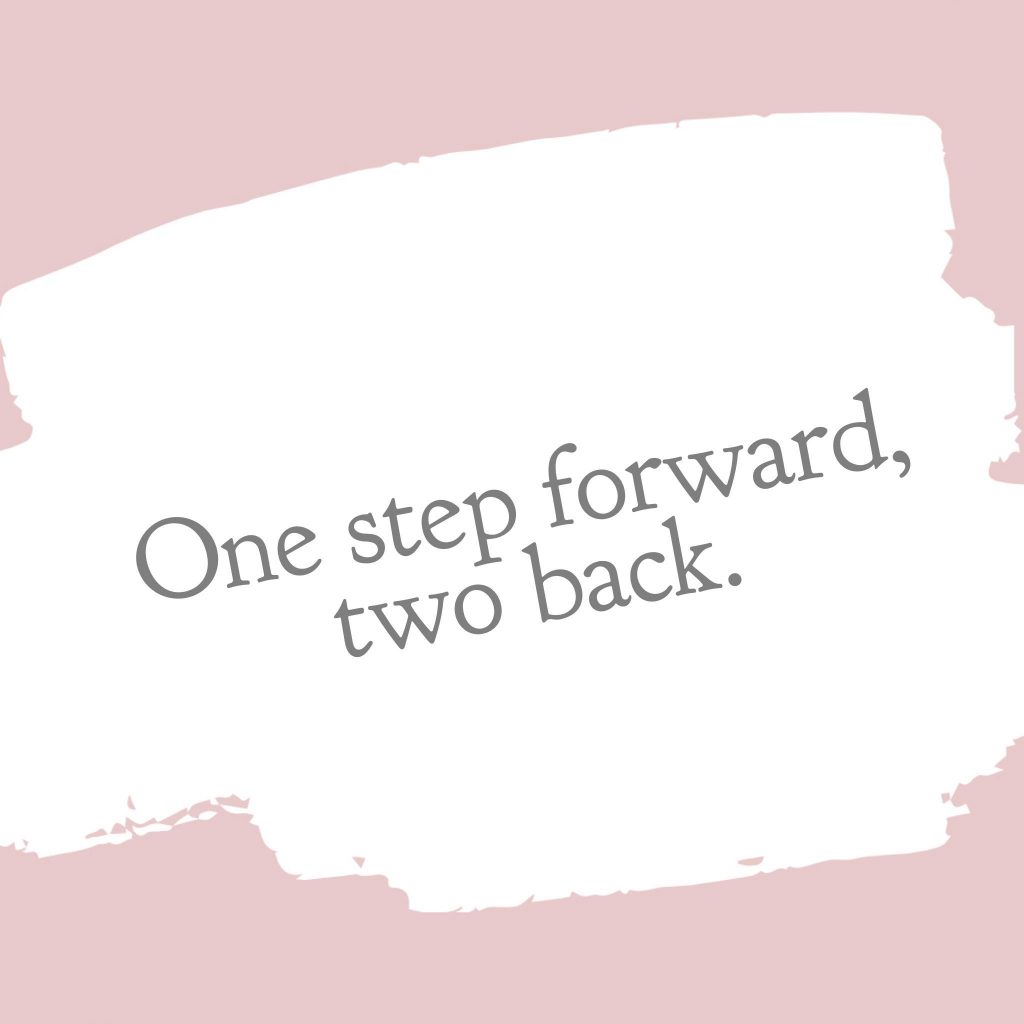 I honestly have not done an update since the last one a few days ago, because I really did not feel like there was much to report. It has felt a little like Groundhog’s Day around here without much change. (Which is ironic since yesterday was, in fact, Groundhog’s day).

Last night, I hit a low. It hurt to breathe and was pretty scary, if I am being fully transparent with you. I made a plea on Facebook for prayers but did not really have it in me to do an update. I have been frustrated and just so ready to feel better!

Lillie has been doing amazingly well. Her symptoms have been all but gone other than a couple of tummy issues. I was sure that if I could just turn the corner, we would be on our way.

This morning I woke up feeling a lot better. Still very tired, achy and had that dang headache, but my lungs felt much better. Lillie was in great spirits and I thought maybe we are FINALLY kicking this thing and moving toward normal life with our family.

And then around 10am, I noticed two small little bumps on the back of her neck. Nothing really worrisome, but I sent a pic to my mom and she suggested that I send that over to the peds office to be safe.

They were reviewing it about an hour later. I fed her lunch like normal and then noticed there was a bump or two on her hands now. So I took her onesie and diaper off and my heart sank. My poor little baby was covered from head to toe in big, red, angry welts.

After conversing a bit more with the nurse, we decided that it was worth it for me to bring her to their sick tent so the doctor could get a better look. We were incredibly careful to stay far away from everyone and to Lysol anything that I touched.

After examining her, the doctor decided it was hives. It could be from her antibiotics, but she has been on those a week and a half now. He said it was just as likely a histamine response to the COVID and there really isn’t a ton we can do. So I was given orders to giver her Benadryl and let her sleep.

I put her down for her nap and when I got her up a couple of hours later, they were much worse. They were bigger and had spread all over. So I called the on-call doctor and was given instructions to give her a bedtime dose of Benadryl and just watch her for signs of anaphylaxis. Super fun. As if I haven’t worried over her enough the last two weeks. One step forward, two back.

We did an oat bath and I put her to bed for what I am hoping is an uneventful night. I am confident that my Heavenly Father has her and I am trying not to worry. But I am also SO thankful that we have an Owlet!! Please pray that these will clear up!

And mamas! This is actually a new symptom/warning sign for COVID-19, especially in kids! if you see this, definitely advocate for your child and stick to your gut. Here is an article about it if you care to read!