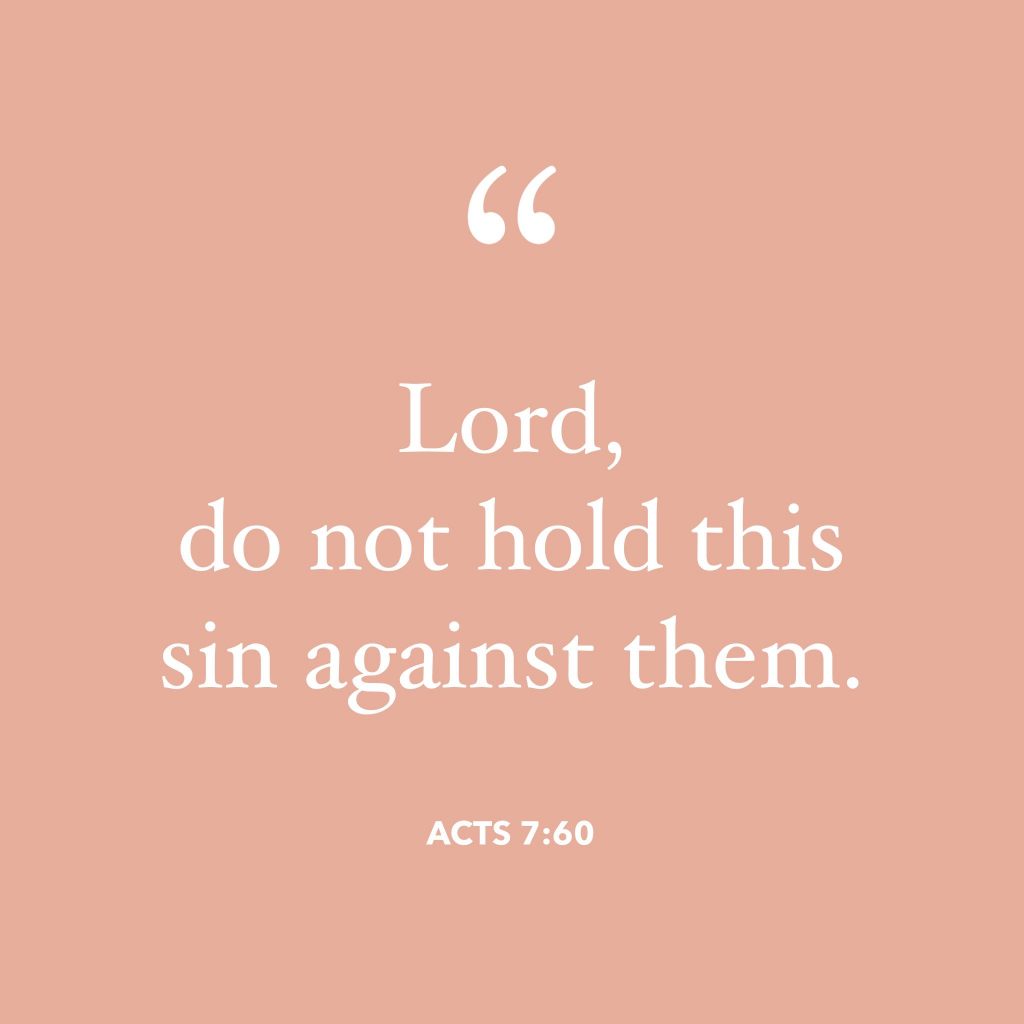 During my quiet time this morning, I was reading about Stephen in Acts chapter 7. the Bible says that Stephen was a man “full of God’s grace and power” (Acts 6: 8) and that he did many great things for Christ. In the midst of his powerful ministry, those who should have been on his side (the religious leaders of that day) were strongly against him. You could say he felt intense pressure and persecution, but he stayed the course and glorified God.

Eventually, this persecution came to a head. If you aren’t familiar with the story, Stephen was drug out of the city and stoned to death. And these weren’t just little stones!  In the middle of being struck down, Stephen asked God to forgive those who were actively hurling stones at him, with the intent to end his life.

Not many of us will ever experience being stoned to death, especially not in modern day America. But we very likely will experience seasons of hurt and betrayal, where people hurl painful words and accusations our way. It is incredibly easy to feel justified in asking God to avenge you and strike them down instead. I myself have prayed that prayer before!

But what would it look like if we took the posture of Stephen-and even Jesus Himself when He said “Father forgive them, they know not what they do,” as He hung on the cross? How could we radically change hearts and minds by praying for those who sin against us? Even just the simple prayer, “God, forgive them for sinning against me. Please help me to find it in my heart to forgive them, too.” could make all of the difference! This is a challenge for me as well, ya’ll. With God’s grace!

Probably the funniest moment of our entire #Disney